Ah…. The Underground. It is this elusive term, like a lost legend, and it can at times, be overused… and then at others, not used enough. We know it when we see it. Those of use that go back a few years, and can remember Tempe in the early 90s or Seattle and the explosion of SUB POP records, know what it is. Those who sense the vibe riding the currents of the streets know what it is. Those who get tired of being able to tell what song will be on the radio next know what it is. Because The Underground is not just this idea that you are indie. It is bigger. It is deeper. It is an oubliette of passion and people. In the immortal words of David Bowie…..

No one can blame you for walking away
But too much rejection,
No love injection, nothing
Life can be easy
It’s not always swell
Don’t tell me truth hurts, little girl
‘Cause it hurts like hell
But down in the underground
You’ll find someone true
Down in the underground
A land serene, a crystal moon

But The Underground is not easy. It does not find you. You have to dig for it. You have to hunger for it. You have to crave plugging back into something vibrant, something fresh, something exciting and new. In speaking to Kevin Michael Prier at the Big Finish Show at Tempe Tavern last week, we got talking about the social patterns that start to take place when a musical resurgence is happening. It was a pretty cool conversation. But probably one that deserves an entire article by itself. In short, social conditions, art quality, artistic need… all of those things culminate, all at once, and when they do, The Underground emerges. Like an Underad….. (as in the search results that pop up that follow the paid ones)…. funny analogy Kevin.

If you do not know Kevin Michael Prier, or have not taken the opportunity to hear his music or really talk to him, you are missing out. The quiet, but always friendly, front-man of The Real Fakes is one of the movers and shakers in this town. But, I digress. So, Kevin and I have had this ongoing conversation about The Underground, and its arrival, reemergence, maybe just its electricity, but definitely its undeniable existence, here in Arizona.

So… before I really begin, allow me one clarification. Being #indie, being #cool, or being #undiscovered are not the same as The Underground. The Underground is bigger than that. Sure, it needs independent artists, that is its life-force, but it becomes an entity. It transcends the idea of one indie band, and starts to take on more of a connotation of the scene. This distinction is important. A band can be the best damn thing in town, but if there is no scene… they go somewhere else.

The Underground is that scene and it is the community that breaths life into it. That is really the most important distinction. And The Underground is happening right now, in Arizona.
Ryan B. Clark: So what are the components of a true underground scene? We both feel it, and we know that it is real, but what defines it?
Kevin Michael Prier: So, I don’t necessarily like the word underground especially as it’s used to imply that a particular scene has cool baked into it because it’s so underground. It’s really not even very underground in a figurative sense because its all on the Internet and available to the world. It remains obscure, sure.

Ryan: So what do we call it then? The Obscure? The Upside Down? The Scene?
Kevin {laughing}: I guess The Underground does have the benefit of branding. Maybe we should call it The Underwater. {And considering the guy sports a fantastic Psydelephants Scuba shirt, maybe he is onto something!} But seriously, the components of a real scene are a rampant Do-It-Yourself mentality and a Need to make great music, art, writing, whatever. But there is something deeper than that.
Ryan: You mentioned Sub Pop, in past conversations, and how Sub Pop Records was able to capture this elusive thing that was happening. Does that have something to do with it, in terms of origins?
Kevin: People tend to talk about scenes in the past tense and the general public tends to only know about scenes that went national, like the Seattle scene, or the Tempe scene in the early 90s, of the Desert Rock scene that happened right after that. But there have been a ton of these events throughout rock history. But the really important distinction is that going national did not make those scenes. Those scenes had all of the elements they needed in place, organically, and that is what caused the national scene, if you will, to take notice.

Ryan: It’s an ends-justifies-the-means versus means-justify-the-ends argument then correct? The idea is that a True Underground Scene is one that is vibrant on its own, because of the people doing it themselves, combining as a community, and creating something truly unique.
Kevin: Yes, and it’s not just musicians. It’s rock journalists, its independent radio, its individual passionate DJs, its podcasters, its photographers, videographers, and its the vide and community that exists at the venues. When all of that starts hitting, at a high level in terms of quality, with a pervasive sense of independence and do-it-yourself pride…. that’s really special.
Ryan: It should also be noted that we have some great recording options for independents here in the Valley as well. Flying Blanket and Stem Recording have long been staples for recording that Arizona sound.

Kevin: Absolutely, and you are starting to see not only local acts, but national acts, coming here to record. Even at the small Indie level, this is a big thing. It means that there is a sound, a vibe, something that people feel and are trying to capture.

So, I kinda leaped from here, and… as we get ready to embark on a pretty spectacular summer of live shows, new music releases, and new art taking place right here in The Valley, I wanted to showcase some of the folks and endeavors that exists…. RIGHT NOW… ORGANICALLY…. that are combining to make this Underground Scene what it is.

Here in Phoenix we have an incredibly wonderful ally in Ed Masely, music writer for azcentral / The Arizona Republic. Ed releases weekly articles showcasing live music in Phoenix, and he is beyond stellar at making sure to showcase several hot local shows each week in his colomn. That is immeasurable! Thanks Ed!

We also have the wonderful Entertainer Magazine, also based here in the Valley. Entertainer does a great job of not only showcasing national talent but also inspiring local artists and stories. Huge shout out to Christina Fuoco-Karasinski, editor of The Entertainer.

In terms of Indie Bloggers/ Podcasters, chasing music, writing about music, covering your events, releases, new videos and interviews there are several standouts.

Soundphoria Media and Entertainment: Gavin and Co. over at Soundphoria do a great job of highlighting and promoting shows in the Phoenix area. They offer Podcast segments and video interviews as well as offering promotional services to bands in the Valley. Follow on FaceBook !

YabYum Music & Arts: YabYum is a digital music and arts publication that has been rocking out of Tempe since 2009. They offer a podcast, a zine, and several other cool digital media fronts. Follow on FaceBook ! 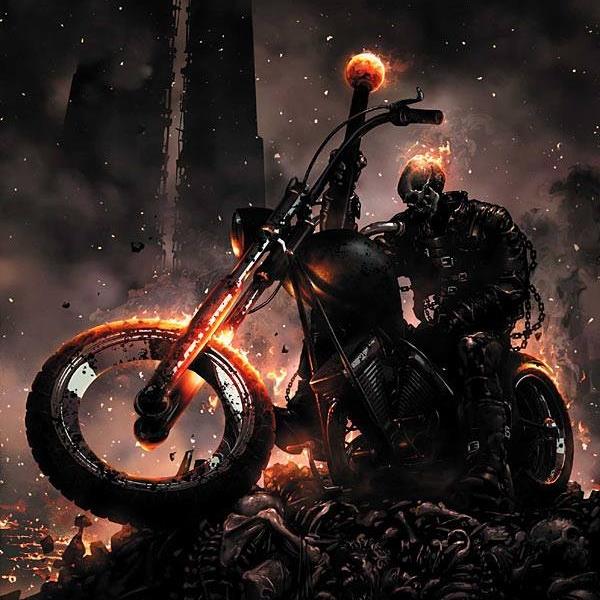 Keep the Greasy Side Down Online Magazine: Then you have me. I guess I bring kind of a unique spin to The Underground as I am also an independent writer with a small press, Ghost Writer Press. My love of music and motorcycle adventures to discover new muses, keeps me excited and creative. I have found a home in this community, and I try to showcase my art, and my reviews, as part of that scene. I tend to focus on issue related content, like this piece, and album release show reviews. But, as you have noticed, I tend to talk about a topic… and my subject ends up being more of a source to that topic, rather than the topic itself. Follow on FaceBook ! 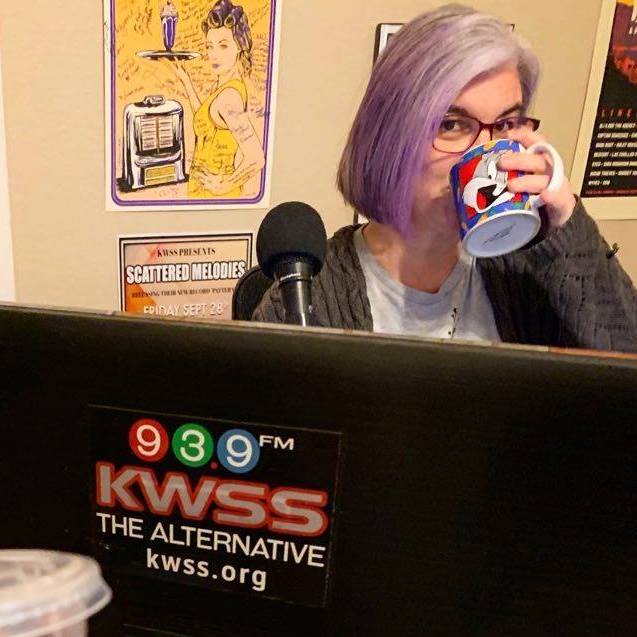 The Dani Cutler Show: Weekdays from 6-10 AM. Dani showcases a great mix of music, but has local music spotlights, interviews, and even has a crazy writer on from time to time! Dani Cutler is truly one of the GIANTS making this Underground Scene… a thing!

Dubs Private Reserve: Dubs does a weekly show (Thursday Nights from 7-9) where he showcases a vinyl album, from his collection, in its entirety. The cool thing about this is that he loves local music, and has an awful lot of high quality, local, independently produced vinyl in his collection. His show is a great place to tune in to hear local bands talk about their new album with you, as you listen to it. Cool Show Dubs!!!

KWSS is Independent, and well… its range is limited. BUT… you have the ability to stream online, or get the TUNE IN APP for your device. Check the website!!!

So, with all of this in mind… what is the product? What does The Underground look like? This summer is what it looks like, my friends. Following is a list of shows that you should definitely be marking on your calendar. Every single one of these bands exemplify that passion… that is Underground. They exemplify that do it yourself mentality. They have pushed themselves to finding new avenues in their careers in an every changing landscape, and they have risen to the forefront of professionalism and quality. All WITHOUT official representation. All ON THEIR OWN. And they are releasing music at local venues that are frequented by touring, national acts.

Phoenix…… ARE YOU PAYING ATTENTION. 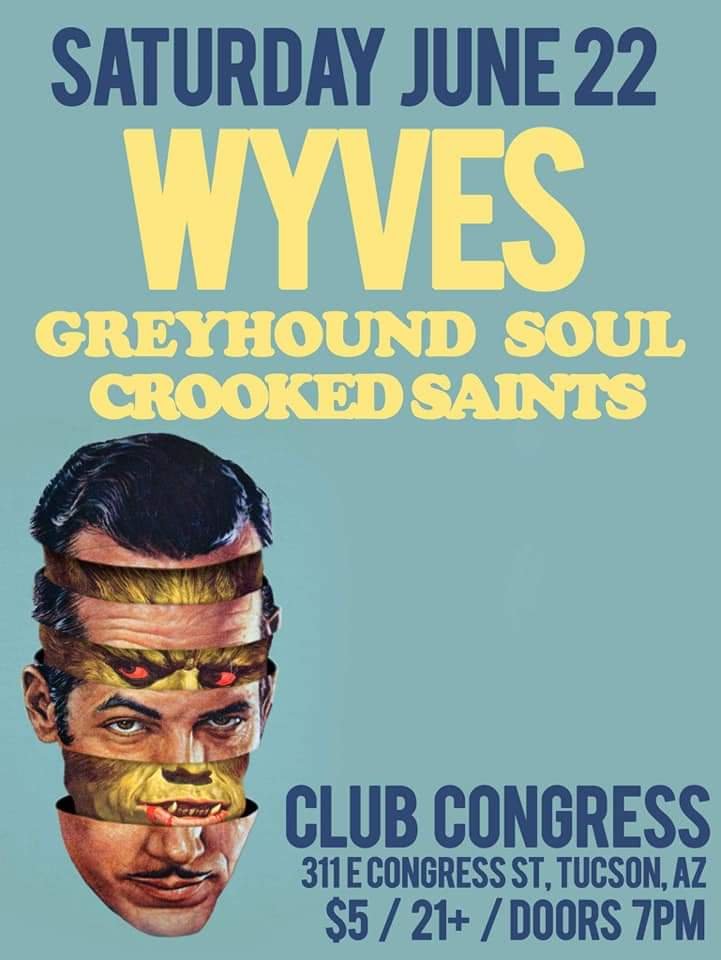 JUNE 29 The Runner Up Releases their first EP 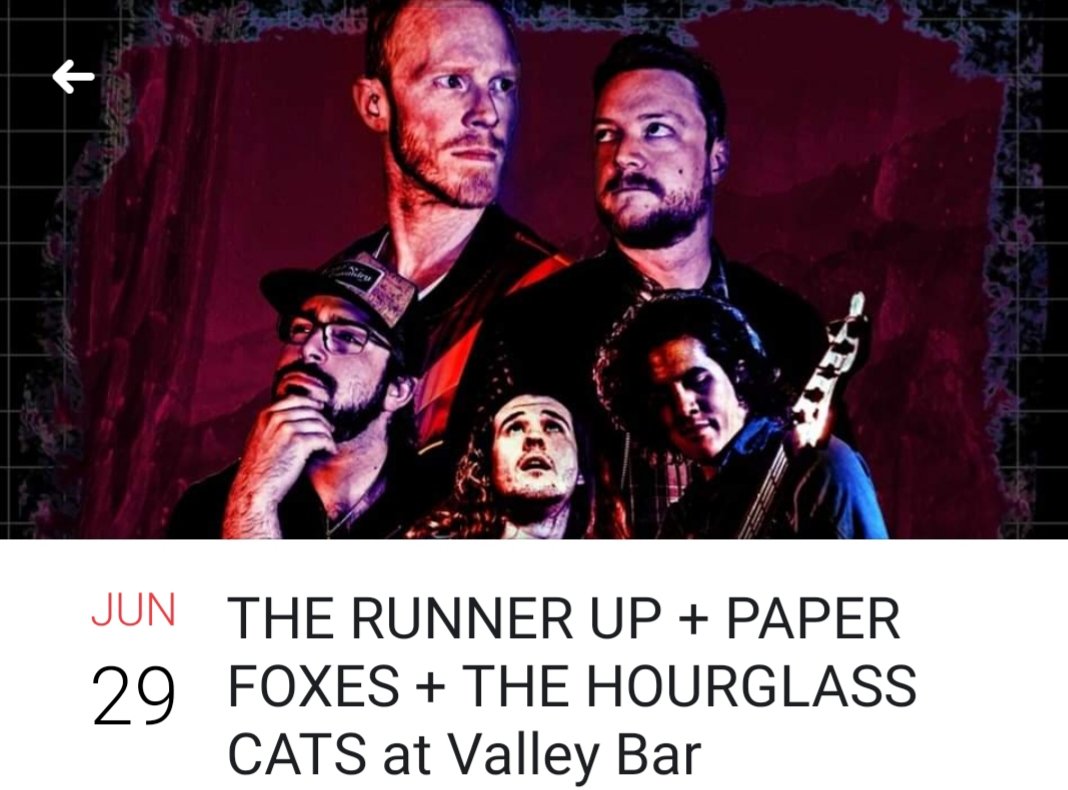 July 6 The Bellwethers take over The Spirit Room in Jerome, AZ

July 10 Beyond the Hobby: A workshop for Bands with Dani Cutler !!! 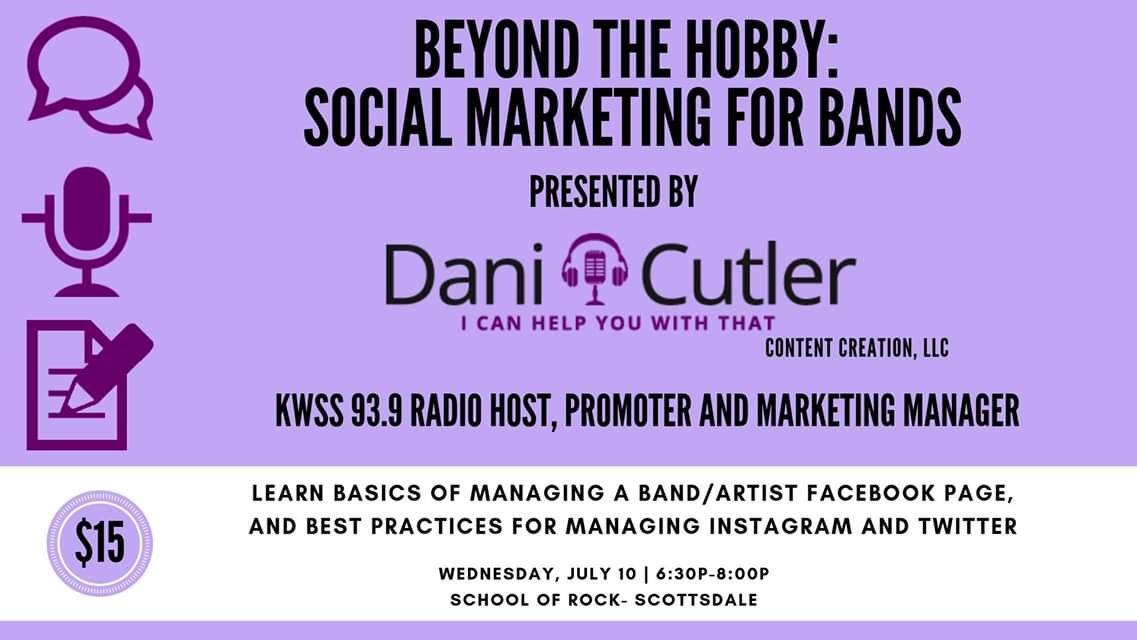 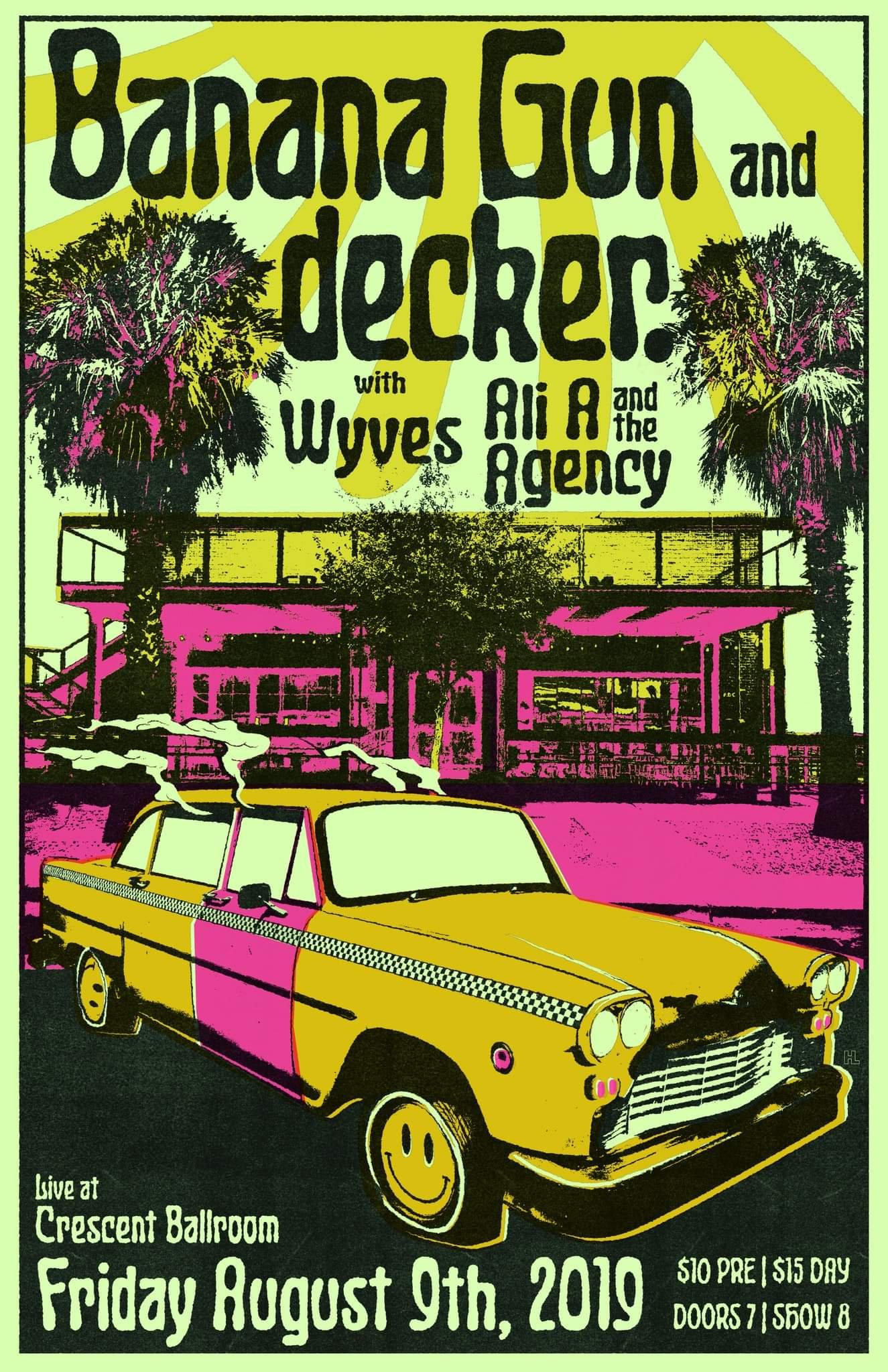 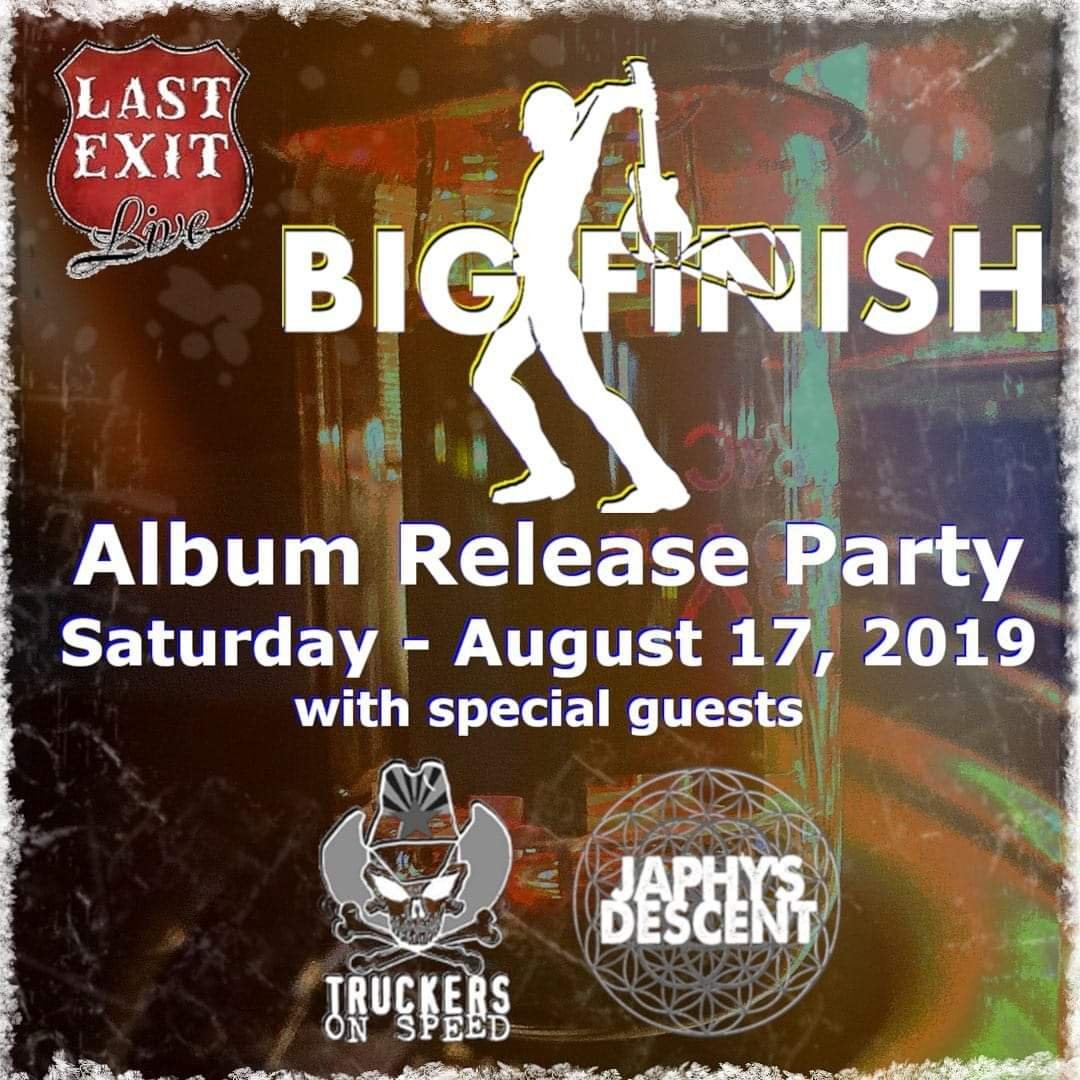 I don’t know how else to really put it to you folks. You need to get out. You need to see the whole cornucopia of amazing that is happening right here. You have a summer of music before you that is affordable, lights-out, and will totally make you believe in music again. The Underground is here… again…. back…. it is having a resurgence.

6 thoughts on “Welcome to The Underground, Arizona !”

This site uses Akismet to reduce spam. Learn how your comment data is processed.

We Are Hookworm Records

The Elephant in the Room: Letters to Laertes 10